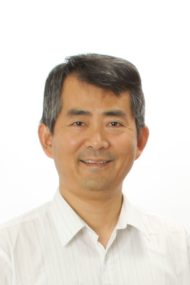 Dr. Li An is a full professor at San Diego State University in the US. His research focuses on understanding, envisioning, architecting, and engineering complex human-environment systems for improved sustainability and resilience via a hybrid of data science, artificial intelligence, agent-based modeling and microsimulation, and spatial/applied statistics approaches. He is a Fellow of The American Association for the Advancement of Science (AAAS). He received multiple awards or recognitions from college, university, national, and international organizations. He has been leading or played a key role in research projects located in Nepal, Ghana, USA, and China. His service spans from local to international scales, such as guest-editing special issues, contributing to federal research/review panels, and serving on editorial boards of several prestigious international journals. He is Councilor-at-Large and Executive Committee member of the International Association of Landscape Ecology-North America. 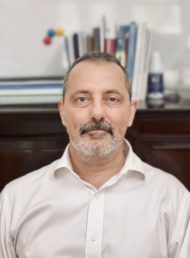 Alexis Drogoul holds a PhD and a habilitation thesis in Computer Science. He was a professor at Sorbonne Université from 1994 to 2004, and since 2005 has been Senior Researcher at IRD (French Research Institute for Sustainable Development). His work, which has been the subject of more than 200 articles, concerns the development of software tools (such as GAMA, http://gama-platform.org) to assist in the modelling and simulation of socio-environmental systems, with a view to facilitating interdisciplinary work and involving social actors in the construction of models.
In this capacity, he participated in the definition of the fundamental concepts of “agent-based modelling”, while working on numerous applications of this paradigm for environmental decision support, particularly in Vietnam, where he has been collaborating with numerous partners since 1999 and working since 2006 (he is the IRD representative in Vietnam since 1 April 2017). He has recently promoted the use of social modelling and simulation for supporting interdisciplinarity and stakeholders’ participation in sustainability science approaches concrete projects.
https://scholar.google.com.vn/citations?user=xCUL8IwAAAAJ&hl=fr 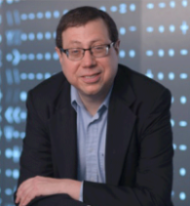 Professor Edelman considers himself to be a pure mathematician and an applied computer scientist.

He works in the areas of numerical linear algebra, Random Matrix theory, high performance computing systems, networks, software, and algorithms.  He has won many prizes for his work including the prestigious Gordon Bell Prize, the Householder prize, the Sidney Fernbach award, and Babbage Prize.   He was the founder of Interactive Supercomputing, a company acquired by Microsoft in its fifth year employing nearly 50 people, and is a co-creator of Julia.  He is an elected fellow of ACM, AMS, IEEE, and SIAM.  He believes above all that math and computing go together and both should be fun 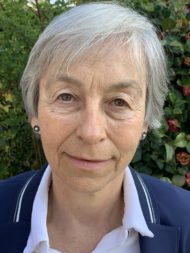 Charlotte K. Hemelrijk is full professor of the self-organisation of social systems at the University Groningen in the Netherlands. Her main topics of study, at present, are the collective escape in bird flocks and dominance relations between the sexes in all kinds of animals.

Her studies of collective escape involve systematically driving away flocks of birds with a RobotFalcon and filming their escape from both, the perspective of the RobotFalcon, and from that of an observer on the ground. Results are used for clearing agrarian fields of birds, and aimed at use for clearing airports.

For studying the dynamics of intersexual dominance, she develops bottom-up computational models and tests them in real animals,  with a focus on primates and rodents 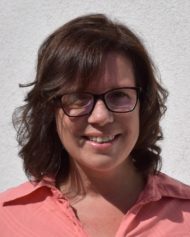 Katarzyna Sznajd-Weron is a Professor and the Head of the Department of Theoretical Physics at Wroclaw University of Science and Technology. Formerly she was head of the Complex Systems and Nonlinear Dynamics Division and UNESCO Chair of Interdisciplinary Complex Systems at the University of Wroclaw. Her research focuses on applications of statistical physics in a variety of complex systems, mainly social (opinion dynamics, diffusion of innovation). A model of opinion dynamics, developed by her in 2000 is known in literature as the Sznajd model and has been cited over 1000 times (according to Scopus). In 2007 she was awarded a prestigious worldwide Young Scientist Award in Socio- and Econo-physics for her original contribution to the better understanding of open problems in socio-economic systems by means of physical methods.

Leigh Tesfatsion received the Ph.D. degree in economics from the University of Minnesota, Minneapolis, in 1975, with a minor in mathematics.  She is Research Professor of Economics, Professor Emerita of Economics, and Courtesy Research Professor of Electrical & Computer Engineering, all at Iowa State University. Her principal current research areas are electric power market design and the development of agent-based computational platforms for the performance testing of these designs. She is the recipient of the 2020 David A. Kendrick Distinguished Service Award from the Society for Computational Economics (SCE) and an IEEE Senior Member. She has served as guest editor and associate editor for a number of journals, including the IEEE Transactions on Power Systems, the IEEE Transactions on Evolutionary Computation, the Journal of Energy Markets, the Journal of Economic Dynamics and Control, the Journal of Public Economic Theory, and Computational Economics.